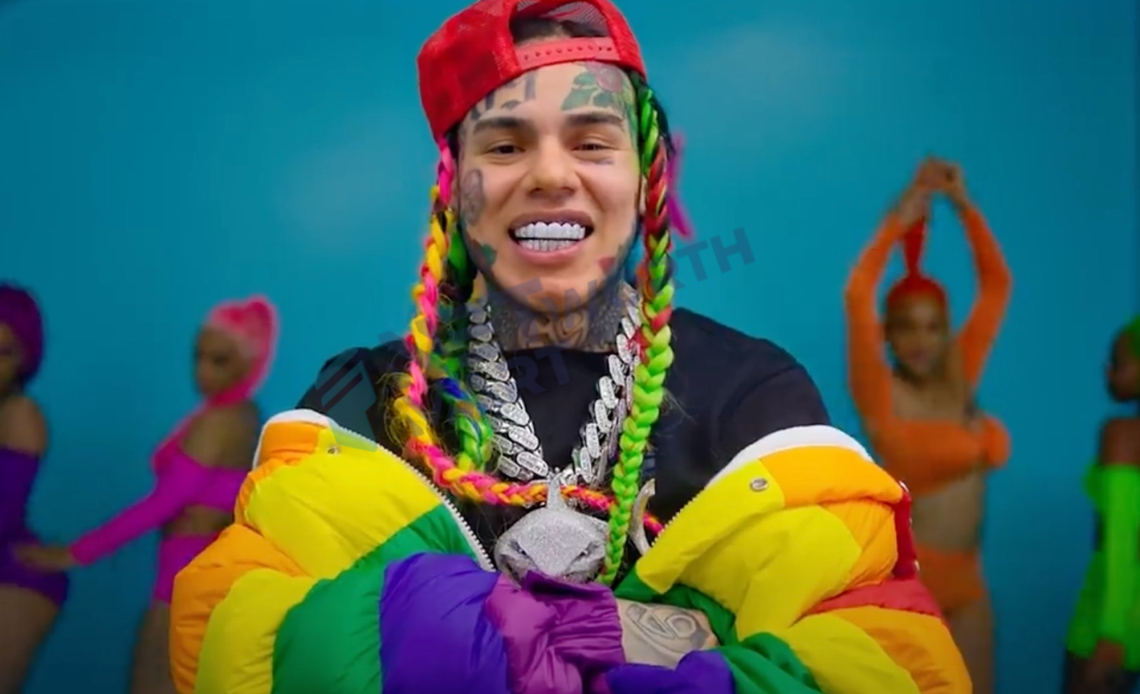 Daniel Hernandez, famously known as Tekashi69 or 6ix9ine is a young American rapper and songwriter. His famous song is “Gummo ” which became a huge hit. Other songs of 6ix9ine include “Keke”, “Kooda”, and “Gotti”. The current net worth of 6ix9ine is estimated to be around $10 million.

6ix9ine was born on the 8th of May, 1996 in Bushwick, Brooklyn, New York City. His father belongs to Peurto Rico, and his mother, Natividad Perez-Hernandez is a Mexican.  She came to the US for better career opportunities. Though she had to work really hard initially.

6ix9ine was passionate about soccer. At the early age of 13 years, he secured his place on the major league soccer team. His mother had some issues with the person getting him into soccer time, so she did not let him join it.  His elder brother is Oscar Osiris Hernandez.

Speaking of his academics, he used to study at the elementary school, Public School 59. After that, he joined Juan Morel secondary school for the middle level. He joined Legacy High school for higher education.

Nevertheless, he did not complete his high school education. On the account of his poor behavior, he was expelled in 8th grade. He went through post-traumatic stress after the death of his step-father.

Hernandez was struggling financially. He worked as a delivery boy at a grocery store, after leaving high school. With these meager jobs, he was supporting his mother financially.

He was quite interested in singing from a very young age. He used to sing in a church during mass. Hernandez decided that he would rap after meeting New York record label Hikari-Ultra’s CEO Peter “Righteous P” Rodgers.

By 2014, he started releasing his rap songs. In August 2014, he released his first song “69” and by the next month he came up with another banger titled “Pimpin”. After a month, he released two songs “4769” and “Who the fuck is you”. His aggressive rapping style and using anime in his videos made him more popular and unique.

He got more attention in 2017 when his Instagram post went viral on Twitter and Reddit. In November 2017, he released his most famous song “Gummo”, which became a commercial hit. This song also got the peak at the 12th spot on the US Billboard Hot 100. Another famous song “Kooda”, added to his popularity.

By the start of 2018, he released his first mixtape titled “Day 69”. This mixtape peaked at the 4th spot on the Billboard 200 album chart.  For some months he could not release his songs as he fell into controversy when he was found involved in the shooting of the fellow New York rapper, Casanova.  That made him lose a $5 million headphone deal. He was also banned from Barclays Center.

In October 2019, he signed a two-album contract deal with the recording label, 10K Projects. One album was made in English, and the other one was in Spanish. His famous album “Tattles tale” was released in September 2020. In February 2020, he released the track, “Zaza”. This track made a debut at Number 90 on the Hot 100.

6ix9ine is going to be seen in the first episode as a guest in the launch of Akademics’ off-the-record podcast. Academics released the teaser clip on July 29 where 6ix9ine and Wack 100 were seen discussing the Yaya rapper’s potential murder.  The podcast was released on August 3, 2021.

6ix9ine is reportedly dating a lady, Jade.  His girlfriend’s real name is Rachel Watley whom he met a few weeks before he was imprisoned in 2018. He was in a relationship with Sara Molina at the age of 18. They have a daughter, Saraiya Hernandez. Later in 2018, he had another daughter Briella Hernandez with another girlfriend Marlayna M.

He was imprisoned multiple times. The first time he got arrested was in 2015 for using a child in a sexual performance. In 2018, he was arrested for choking someone at a mall in Houston. The same year, he got arrested on drugs, weapons, and racketeering charges.

In late 2019, he got arrested for dealing with the government prosecutors. He was released earlier on April 2.

6ix9ine’s current net worth is $10 million. He had gathered a huge amount of money through his big record deals with the record label companies 10K Project and GlobalStreamNow.